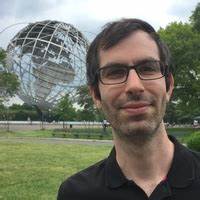 Join author Stuart Schrader in livestream reading & discussion with Carl Dix of
Badges Without Borders: How Counterinsurgency Transformed American Policing
From the Cold War through today, the U.S. has quietly assisted dozens of regimes around the world in suppressing civil unrest and securing the conditions for the smooth operation of capitalism. Casting a new light on American empire in this groundbreaking work, Badges Without Borders shows, for the first time, that the very same people charged with global counterinsurgency also militarized American policing at home.

Stuart Schrader is Associate Director of the Program in Racism, Immigration, and Citizenship and Lecturer at Johns Hopkins University.

Carl Dix is a long-time revolutionary and follower of Bob Avakian. In 2011, Carl joined with Cornel West to form the Stop Mass Incarceration Network, and in 2016, he co-initiated Refuse Fascism.

Event will be livestreamed at Facebook.com/RevBooksNYC

When you buy books from RevBooks, you are supporting the bookstore that bases everything we do on the emancipation of humanity from all chains of oppression--and the revolution that makes that possible.